Siberian Husky runs with Bike! Springer Bike with your Dog

Posted by GonetoTheSnowDogs at 2:14 PM 6 comments:

Posted by GonetoTheSnowDogs at 6:21 PM 4 comments:

Took Shiloh and Shelby to Lake Huron to go swimming, and my parents brought Sunshine to join in on the fun! Those dogs had such a good time! It was so much fun watching them play in the water!

Check out our Website for more on Shiloh & Shelby
http://www.GonetotheSnowDogs.com

Mail us stuff! Pictures, Drawings, Toys, Treats, Anything you want! (Some items will be donated to our local Shelter). And we may features the items in our videos!

I made Homemade CupCakes and Ice Cream for Shiloh and Shelby!

Preheat oven to 350° F
Lightly spray cups of muffin tin.
In a large bowl stir together the carrots, eggs and applesauce. Set aside.
In another medium bowl whisk together the cinnamon, oats and flour.
Slowly mix in the dry ingredients. Stir until well blended.
Spoon mixture into muffin tin. The dough will be thick, so you may wet your fingers to press the dough into place.
The dog cupcake will not rise very much, so do not worry about over filling the muffin tin.
Bake for 25 minutes.
Cool completely on a wire rack before frosting or serving.
Frosting:
Blend both ingredients with a hand mixer until well blended.
Spoon into a pastry bag for easy decorating.

Mix all ingredients in a medium bowl until well combined.
Spoon into an ice cube tray or cupcake liners.
Freeze until solid (it will take several hours)


Check out our Website for more on Shiloh & Shelby
http://www.GonetotheSnowDogs.com

Mail us stuff! Pictures, Drawings, Toys, Treats, Anything you want! (Some items will be donated to our local Shelter). And we may features the items in our videos! 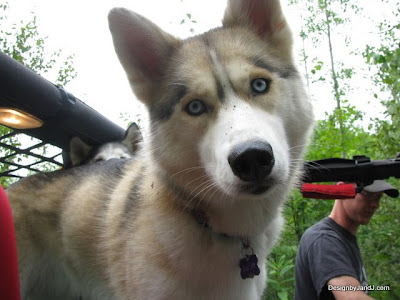 Today is Shelby's 3rd Birthday!  I just can't believe how times flies!  We got an Adorable Card from RaHusky!  http://rahusky.blogspot.com/  Thanks for all the Birthday Wishes for our girl!

Posted by GonetoTheSnowDogs at 12:15 PM 9 comments: 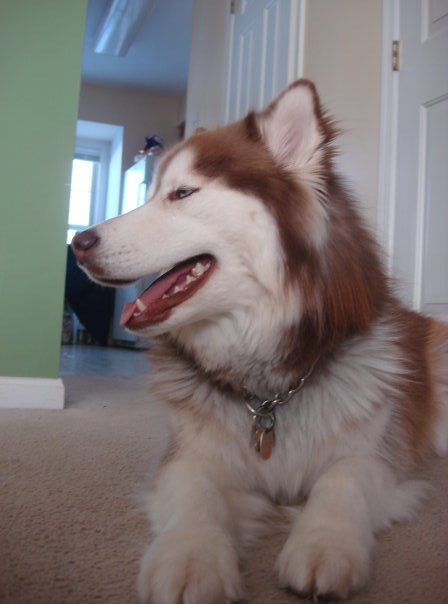 Justice is needed for a Siberian Husky named Bear Bear.  Retweet this, facebook it, email it, anything you can do to get National attention to this story!

So it looks like things are starting to go in the right direction for the family of Bear Bear.  At least the Department is now being forced to do a full investigation.  I have contact their police department to find out how I can get copies of the reports via the Freedom of Information Act.  So we will see what they say.

Hug you family members today, you never know what could happen tomorrow.  This Off Duty Police officer that is supposed to be there to serve and protect, has made my faith in the system drop even more.  The gun should never have been fired.
Posted by GonetoTheSnowDogs at 12:04 PM 5 comments: 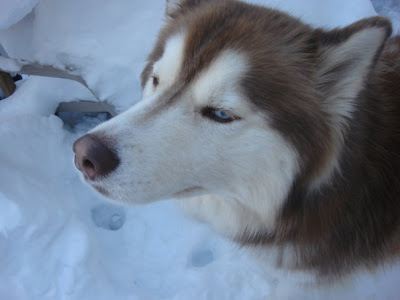 Federal police officer shot dog in Arundel park
Justice is needed for a Siberian Husky named Bear Bear.  Retweet this, facebook it, email it, anything you can do to get National attention to this story!
Bear Bear was shot at a dog park near his home.  He was playing off leash in the fenced in area of the park, when an off duty Federal Officer, came in with his German Shepard on leash.  Bear Bear of course, wanted to play, and went over to the new dog.  The Officer thought the dog was playing to hard, and asked the caretaker (the owners brother), to call the dog off.  When he didn't move fast enough (wasn't even given enough time), the Federal Officer pulled out a gun and Shot Bear Bear.
"Rettaliala said that after the officer shot Bear-Bear, the dog didn't yelp or cry, just lay down in the grass, bleeding heavily. "He just went and laid down," she said. "I just can't get over it and I don't think it's being taken seriously because it was an animal involved.""
This is an outrage.  Make sure you go and read the article.  This dog did NOTHING wrong.  According to the owner, when animal control came to check the shepard dog, he had NOT ONE SCRATCH!! No blood, no bite marks, not scratches, no injuries.  The dogs were playing, that is all.  It was not aggesive at all.  And on top of that, the Shepard was ON LEASH!  The Officer could have left the situation, but instead he felt the need to take the live of a beloved Dog.
This dog was a Rescue from Tails of the Tundra Siberian Husky Rescue.  Tails of the Tundra on Facebook  And there is a bit more information and updates going on on their facebook site.

For anyone that would like to contribute to Bear's owners medical/legal costs you can donate directly through PayPal. The e-mail to enter is k.rettaliata@gmail.com

As I get more information on where we can start emailing, mailing, and filling complaints, I will let you all know.  This is a horrible situation.  This dog did not deserve to die.  The Officer should be charged with something!
Here are some other articles on this situation
Federal police officer shoots and kills playful Siberian Husky at dog park

Posted by GonetoTheSnowDogs at 8:01 PM No comments:

Looking for a Husky Dog or Puppy? Why Not Adopt!